My birthday fell on a Sunday this year so I had my party the day before my actual birthday. When I came into the living room on Saturday there was a stack of presents waiting for me. 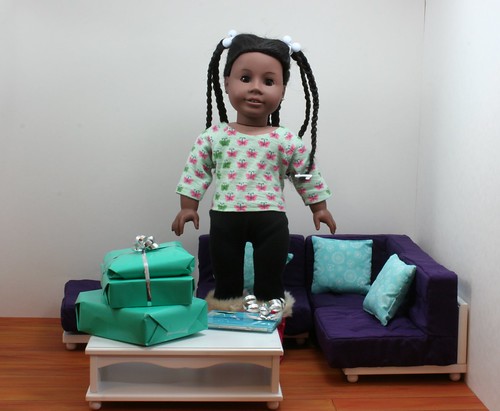 My parents said that I had to wait until my friends arrived before I could open most of them, but sitting on the table with a bow on it was a new laptop. Since it didn’t have wrapping paper on it they said I could check it out. 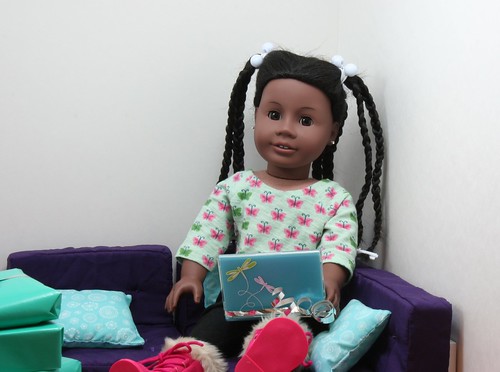 Exploring all of the new things on my laptop made waiting for my friends easier. 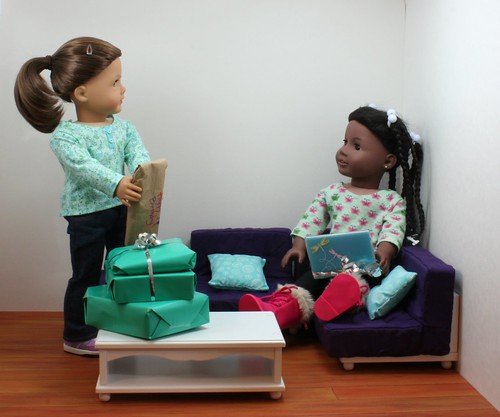 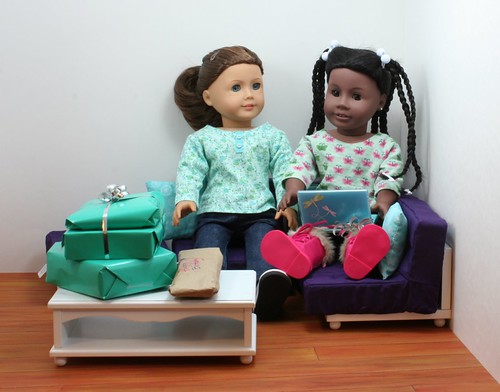 Lydia and I were playing a game when the doorbell rang. 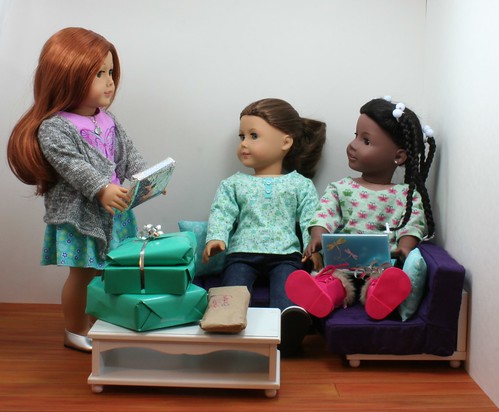 I didn’t even have a chance to get up before Cordelia came into the living room with a shiny package in her hands. 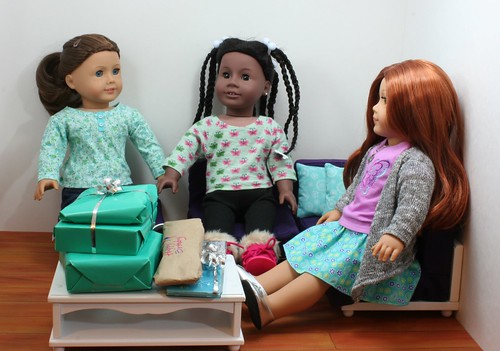 We spent some time talking until it was time to open presents. 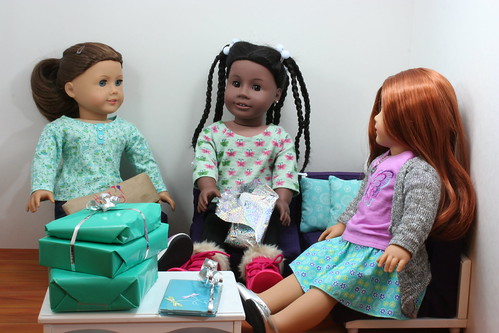 Cordelia and Lydia both wanted me to open their gift first so we settled it with “Rock, Paper, Scissors.” 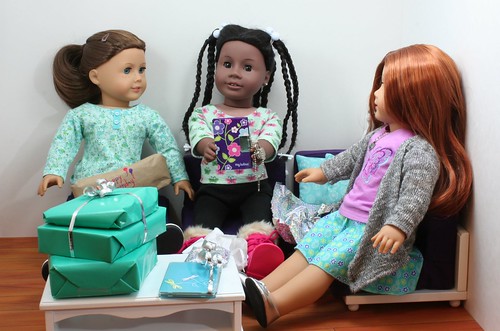 Cordelia’s gift had two parts, the first one that I opened was a diary with a real lock and key. 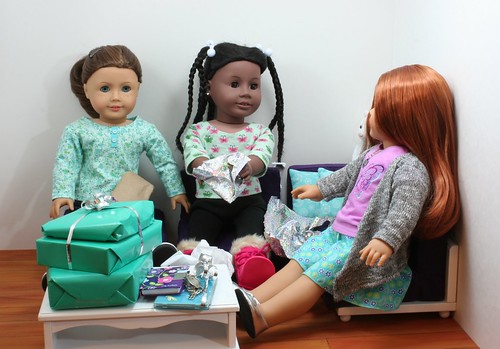 The second package was a necklace that Cordelia made herself. It matched my outfit so I asked her to help me put it on right away. 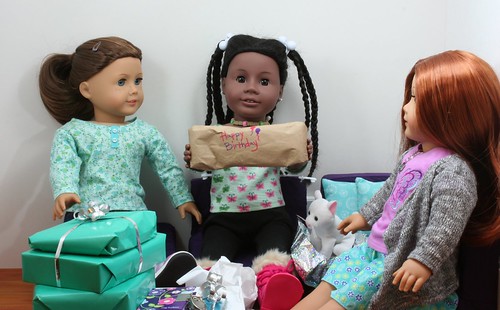 Lydia wrapped her present in recycled paper that she decorated herself using my favorite colors. It was almost too cool to wreck by opening it, but with some encouragement from Lydia I tore in. 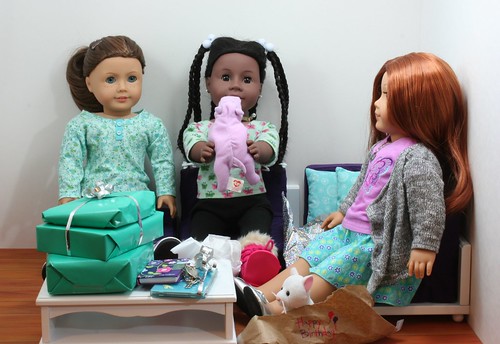 Inside I found a hippo stuffy! 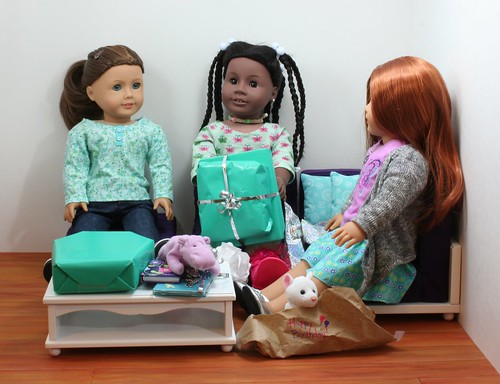 Then it was time to open presents from my parents. 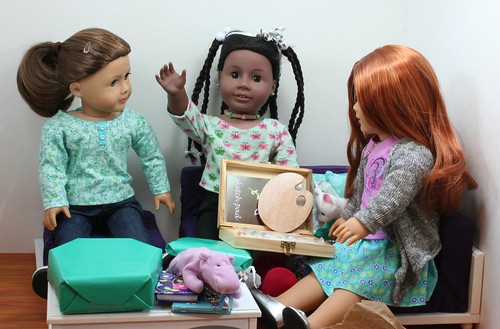 The first one had two parts, they said I should open the soft package second. The first package was a paint box, with a new sketch pad and a real palette.

I decided to use the ribbon as a headband, and got to work on the second part. 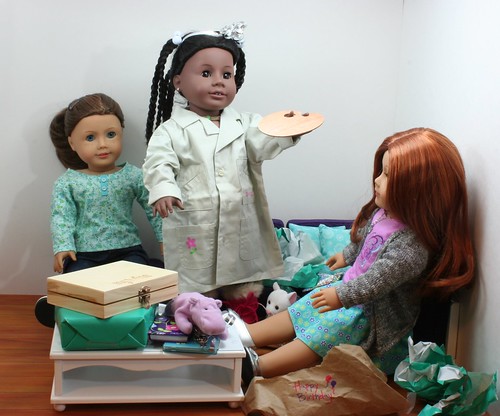 The second part was smock that is big enough to cover my clothes and gives me room to grow. I think the whole ensemble makes me look like a real artist! 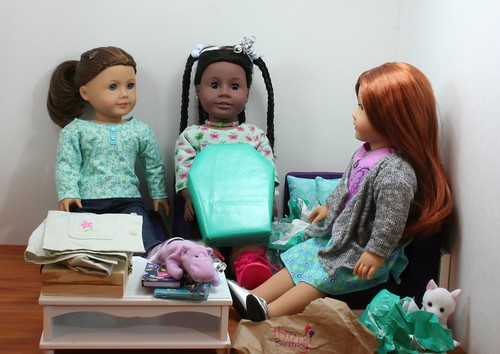 There was just one more gift from my parents, from the shape of the box I had a good idea what would be inside. 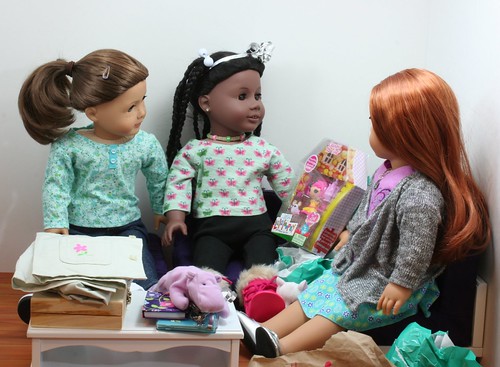 I was right, it was a Lalaloopsy doll. I got Crumbs Tea Time!
We cleaned up all of the paper and I went into my room to pull out all of my Lalaloopsy dolls so they could meet the newest addition. 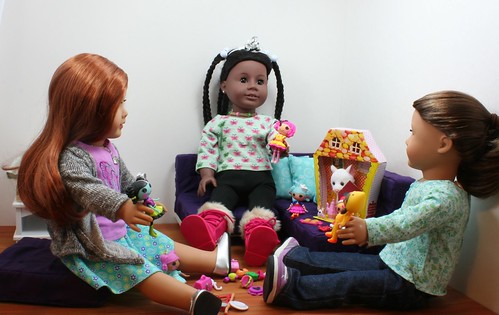 Lydia and Cordelia both love Lalaloopsy so we played with them until the pizza was delivered. After dinner we had chocolate cake and watched movies until my parents told us it was time for “lights out.”

In the morning we had waffles with fruit and whipped cream. My waffle had a candle in it and my friends sang “Happy Birthday” to me.

I had a great time with my friends, I think this was my best birthday yet!