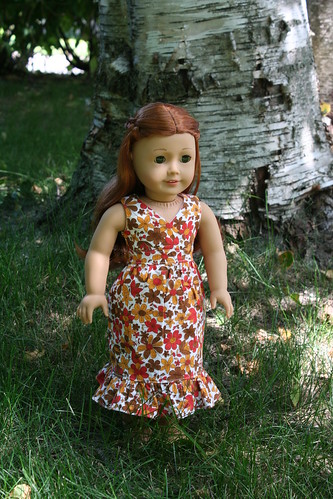 A new girl named Cordelia just moved into my neighborhood. As soon as I saw her out in the yard I introduced myself and invited her to come play with me. She and Lydia both came to my house and we were all playing with our Lalaloopsy dolls when she saw my Josefina doll sitting on my dresser. Cordelia was drawn to Josefina and asked me all sorts of questions about her. Her friends in her old neighborhood played with Lalaloopsy dolls or cloth dolls, but none of them had American Girl dolls. Before she left she said that she was going to ask for an AG doll of her own. 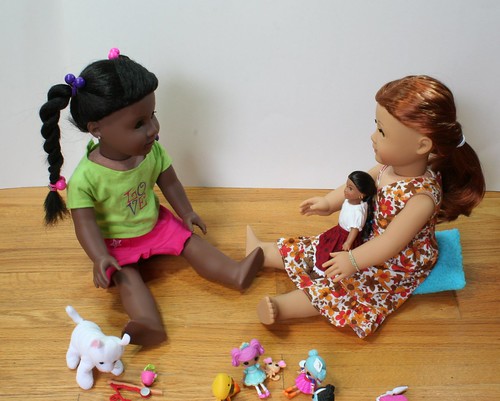 The next time she came over she asked if we could play with Josefina. She told me that her parents said unless she could buy the doll with her own money, she could put an AG doll on her holiday or birthday wish list, but an American Girl doll is too expensive to be a “just because” toy. We talked about how far away December seems, and she told me that her birthday is even further away. 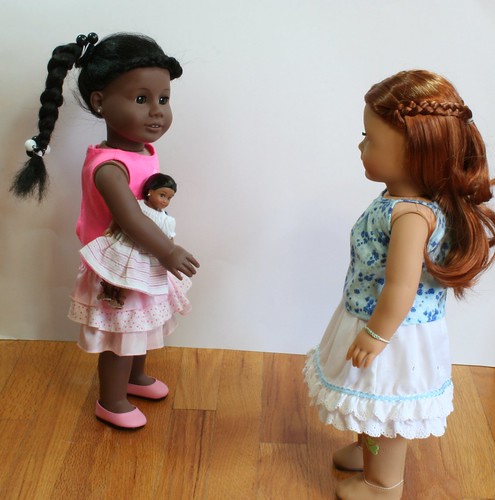 A few days later she invited me over to her house play and asked me to bring Josefina with me. As soon we arrived at her house I could tell that Cordelia was excited. She asked me to sit down and disappeared into her room. 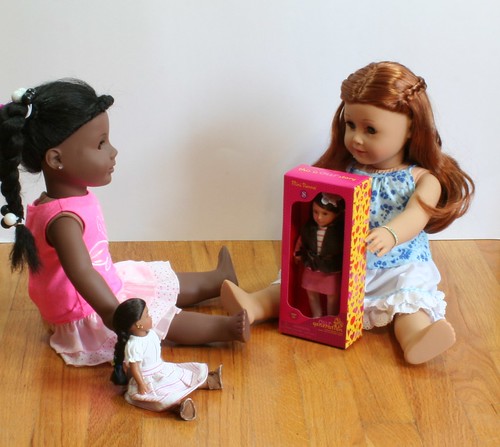 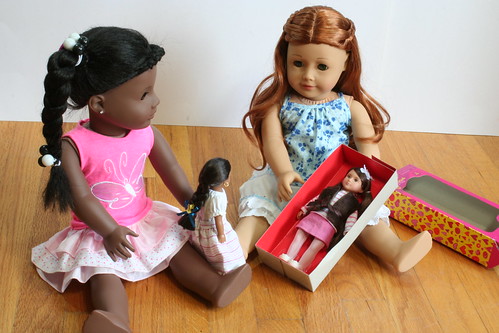 She thought it would be more fun if I was there when she unboxed Sienna. She told me it was hard to wait, but she was glad that Sienna and Josefina could meet right away because meeting a friend makes moving to a new place much easier. 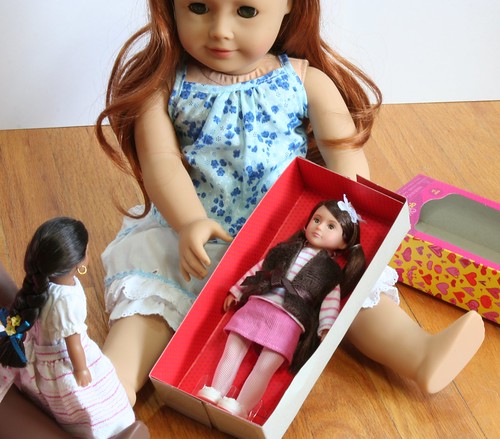 I held Josefina up so she could see. 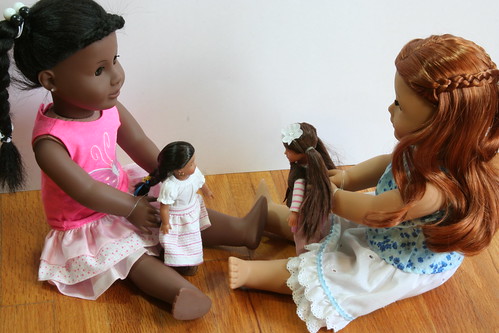 We made up stories and played with our dolls until my mom came to pick me up. 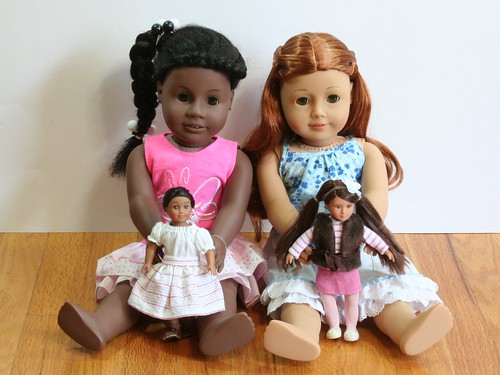 Josefina and I are both happy to have a new friend to play with.